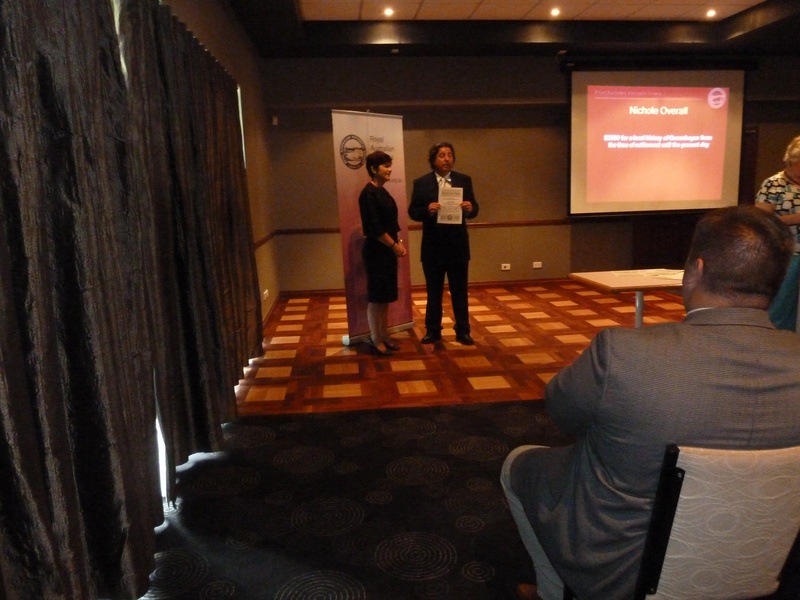 PROJECT FINISHED ON TIME:On the 4th October 2012 The CEO Maryanne Byrne Grants Administrator received my finished project Newcastle Matchday Programs 1978 to 1985 all scanned and archived to USB. The project on USB has a digital ISBN  number which is 978-0-646-58859-9 and a Barcode. The final version is deposited at the National Library of Australia, State Library of NSW, NSW Parliament Library, THe University of Sydney Library and the Royal Australian Historical Society Library.

In October 2011 at RAHS State History Conference "Of Droughts and Flooding Plains" Australian Disasters: research, recording  ,recovery.. I was successful winning from the Royal Australian Historical Society, http://www.rahs.org.au/ through the Heritage Branch of the NSW Department of Planning , a NSW Heritage Small Grant for my project to Archive by computer, my Newcastle Match-day Programs for National Soccer competitions 1978 to 1985. This set was collected by my Father who took me along. It was found Northern NSW Soccer did not have the programs after speaking to Historical Officer with the CEO of NNSW giving me the go ahead to apply.(This follows on from my CV. Please see my Curriculum Vitae on http://www.bonatti.co.uk/ )

BACKGROUND TO THE PROJECT

I am looking at what is now known as the Hyundai A League or FFA Football Federation of Australia. With current Newcastle team called Newcastle Jets FC. Which is the premier competition for soccer in all Australia. I am going back to the  Newcastle KB United ,Newcastle KB Raiders, Adamstown Rosebuds involvement scanning the home game Newcastle only Official Match Programs from 1978 to 1984.

The programs of the day are now an invaluable historic record of Newcastle’s involvement.

HOW I WENT ABOUT APPLYING :

I was reading the Star Newspaper and found an advertisement endorsed by NSW Government, Planning, Heritage Council of NSW for NSW Heritage Grants program 2011-2013 , stating “Funding now available for heritage projects.”  I saw the Historical research and local archive projects were available. I then checked out the website http://www.heritage.nsw.gov.au/ . Here I found funding was through the Heritage Branch , the Historical research and local archives projects had as a project purpose to provide funding for historical research and presenting a local history ; preparing a local archives collections management plan , or preparing a local photographic collections management plan. With this information I got the idea to scan the Newcastle Match-day Programs as JPegs as photos were accepted.  I knew also how to file this. My interest was from being on the EHA Engineering Heritage Australia Newcastle Division Full Committee, Engineers Australia plus Heritage Data Base Sub Committee Newcastle Division 1999 to 2003 hence the interest to archive to computer. After viewing the website and meeting all the criteria I contacted RAHS Royal Australian Historical Society Mari Metzke and instead spoke to Melissa. I tried to contact further Meri Metzke  who did return calls but we kept missing each other, until Cathy called me telling me the time to apply was not yet set. In the mean time I contacted Northern NSW Football http://www.northernnswfootball.com.au/  from the website contacted the administration asking if they had the Programs. I got a reply from Julie Taylor in Merchandising Administrator that they had an Historian Mr Bill Walker who had an email address for which I contacted. I asked in my email the following;

This is an inquiry asking if you have the home games  Matchday  Programs for the old NSL from 1978 to 1985 complete set, with  KB united, Newcastle United and Rosebuds.

This is an inquiry asking if you have the home games  Matchday  Programs for the old NSL from 1978 to 1985 complete set, with  KB united, Newcastle United and Rosebuds.

Thanks for the reply. I had a flood where I live in Hamilton in 2007, even though, I managed to save all the match-day programs from 1978 to 1985, I have the complete set  of the KB United Newcastle United , Rosebuds etc era.  I thought it was such a shame to loose them if I did.

The reason I asked if you had the programs, was if you had, there wasn't a need for them?

It seems you might not have the entire set if any?

I know and assume NNSW football wouldn't have funds to get me to scan the programs.

I am planning to apply to the Heritage Council for a grant of $5000 to scan all programs (movable heritage) to archive on a computer.

If I got the grant I could easily scan them.

Without any objection as NNSW Football is the only organisation who would have these , I will apply to try and get a grant.

I would appreciate you replying that you have no reservations on me applying?  Don't mind?

G'day again Daniel.  I have contacted the CEO at the Federation and there is no problem with you applying for a grant.

Next  I discussed my project with the Royal Australian Historical Society Manager (Officer) called Cathy, before lodging this application. She asked what is it? Next she later contacted me when the application window was open for which I applied on the last day. ( See application below ).

On Thursday 20th October 2011, the RAHS called Romelly who asked me questions about my grant, if it was a hobby? or if I was registered for GST? for which I answered both , this was to do with the money side ,she unofficially told me I won the grant.

On Friday 21st October 2011 6pm , I got the official call that I got the Heritage Grant from the CEO Marie Walsh, she asked if I had indeed the Newcastle Match-day Programs checked my email address and sent me the details and information ,of the Presentation Day 29th October 2011 Saturday Maitland Bowling Club with The Minister for Heritage Hon Robyn Parker MP presenting Certificates.

MY INTERSET IN SOCCER: 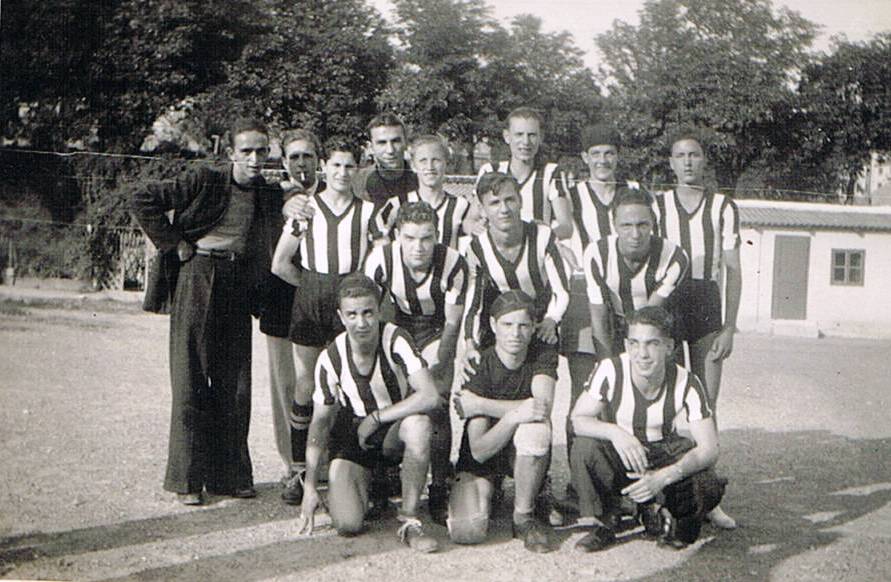 The Coach of Italy was Vittorio Pozzo he was the first to use modern training technic’s and use tracksuits. His family, Giampaolo Pozzo now  own Udinese Football club, in Italian Seria A.

The honesty of People of the time was that During World War II, the trophy was held by 1938 winners Italy. Ottorino Barassi, the Italian vice-president of FIFA and president of FIGC, secretly transported the trophy from a bank in Rome and hid it in a shoe-box under his bed to prevent the Nazis from taking it. Ref Wikipedia

My interest in the History of soccer  is easy to understand. The interest in Soccer from Trieste can be seen today with  Auriello Vidmar U’23’s youth head coach of the Socceroos and his brother Tony Vidmar who was in the Scottish FA Cup for Glassgow Rangers.

My Fathers interest in soccer got me involved  playing for Hamilton Azzurri from 1978 to 1982 and later Adamstown Rosebuds 1982 to 1986. Winning the Grandfinal in 1982 with Azzurri and Adamstown in 1986. 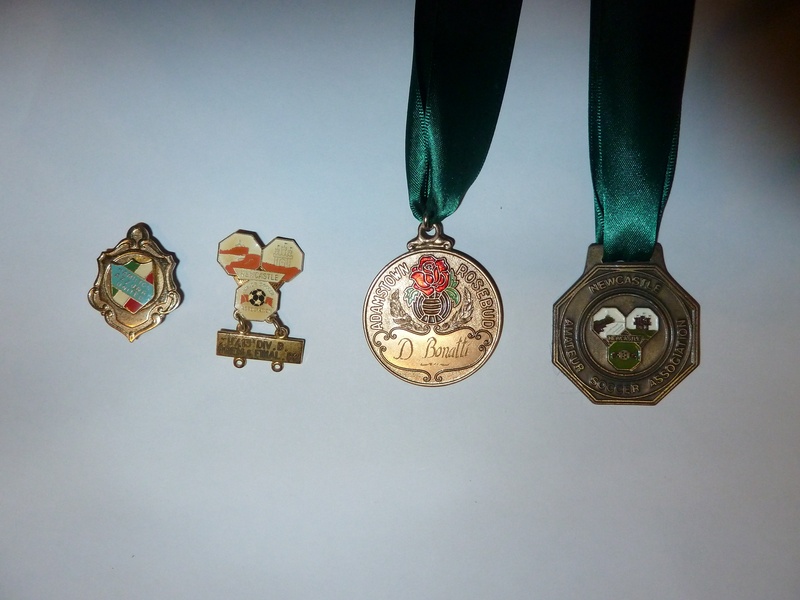 During the years I played ,my father took me along to the Newcastle KB united , Newcastle Raiders , Adamstown Rosebuds Soccer Club involvement, in the National Soccer Competitions . He never missed a game and in doing so collected the Matchday programs of all home games.  When Adamstown Rosebuds was involved it was an enthusiastic era as I was playing for their juniors , made going to watch more fun and important , we followed them from the unfortunate take over as the Raiders folded to Relegation with ST George at home.

I continued soccer playing with Lambton Jaffas , and continued to follow Newcastle through the Austral years and later United with ConConstatine , now Tinkler era, I am a Current 2010/2011 Jets Member silver and go to all the home games.(Lanyard Full Year Member last 4 years)   I am a member of other sports clubs Wests.Panthers  NJC.

THE SIGNIFICANCE OF THE DEPARTMENT GIVING ME THE FUNDING:

“The Government has acted immediately to deliver its heritage election commitments by installing me as Minister for Heritage , thus ending the potential conflict of interest within the former Planning portfolio when making major State planning decisions affecting heritage places. “

“A vital part of this direction has been to move the Heritage Branch out of the Planning Department and into a dedicated entity , the new Office of Environment and Heritage (OEH) . This action has already been delivered and I am now meeting with key experts and stakeholders involved in heritage and environment issues.”

“I am developing detailed proposals for new action to protect assets and traditions from our past , improve government efficiency and service for today , and take the strategic steps needed to endow future generations with the benefit s we currently enjoy. I will also continue the strategic listing process to protect the most important parts of NSW’s heritage.”

“Early action in the heritage space will be to implement the transparency and efficiency measures promised in the election campaign – timeliness for heritage listing , an end to the use of a ministerial review panel , and the publication of information about ministerial decision making.”

“History is important because only by listening to the lessons of the past , can we make the best choices for our future. In many ways the world has become ever more homogenous , so conserving and experiencing heritage items connects our community and future communities to our history- and we culturally and educationally richer for it.”

To archive via scans a collection of Newcastle Match-day Programs.

I am an individual whom has a unique to Newcastle ,full collection of Match-day Programs from the Phillips Cup, Phillips League  and National Soccer League of Australia. The programs span years from 1978 to 1984, for the home games of Newcastle KB united , Newcastle Raiders , Adamstown Rosebuds Soccer Club involvement.

Unique entire collection spanning 1978 to 1985 with approximately 102 programs of 20 pages to be scanned double page to benefit the public , their enjoyment and nostalgia, looking at the various sides playing against Newcastle.

The power base of clubs at the time present a thematic study on aspects of the multicultural heritage of NSW and Australia this builds and provides linkages between existing studies , history and projects and relates to places and objects associated with that heritage. Example Attachment C Marconi Club is in Fairfield NSW this location has a Italian community with a soccer club stadium setup. Another example Sir Bobby Charlton from England the legacy of his soccer coming to Australia ie Newcastle.

My project will assess and develop a collection management plan or strategy for a local archives.

An approximate cost is for 102 programs of 20 pages to be scanned double page, which  is 2040 scans this will cost including GST $5000 . ( Yes I am registered for GST) This includes my time, electricity  and scanner . (since revised as grant was for $500)

9b   Public benefit and enjoyment

Describe how your project will increase opportunities for people to learn about , access and enjoy their heritage?

ANSWER: The era 1978 to 1985 is crucial for development of Soccer in Australia , programs show the beginnings of community’s clubs multicultural backgrounds.

Describe how your project increase community involvement and active support?

Describe how your project will lead to a positive transformation in community attitudes and actions in response to history & heritage?

ANSWER: The era 1978 to 1985 is soccer history , this past shows heritage behind the sport. This will show how multicultural Australia got Soccer popular across Australia.

Describe how your project involves a high degree of innovation and creativity in presenting history or heritage?

ANSWER: The full collection scanned will be easily accessible , the story’s in the programs will present history and multicultural teams heritage.

ANSWER: YES I have the necessary time and project and financial management skills to successfully undertake the project.

Describe how your project will make the best use of the funding provided?

ANSWER: The funding is incentive for an otherwise hobby to save conserve the programs for other people.